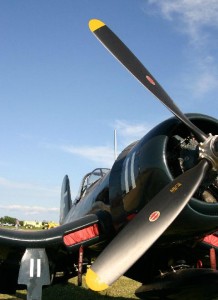 The history of aviation dates back long before modern airplanes and spaceships thousands of years ago in China. The first record of humans flying anything were kites in China B.C. Evidence of the Chinese launching manmade flying devices in the air include not only kites but even small hot air balloons. By the 15th century, Leonardo da Vinci made history by creating what would later be the first designs for actual “flying” machines however it wasn’t until the 18th and 19th centuries that “aviation” truly began to develop. Coined in the 1860’s by an aviation pioneer in France, aviation truly “took off” in terms of what we have today in the early 1900’s. Often referred to as “an indispensable part of modern transportation”, we pay homage to all these advances both early and recent with a look at 2 museums dedicated only to aviation and the role it plays in our life today.

Located on Wright-Patterson Air Force Base in Ohio, not far from Dayton, this museum is the oldest and largest military aviation museum in the world. Established in 1923, this top rated museum is open daily throughout the year except Thanksgiving, Christmas and New Year’s Day and is FREE. Certain features of the museum such as the Digital 3D theater and flight simulator have an additional cost.

This massive museum offers exhibits which tell the story of aviation throughout history. Specific galleries include those relating to WWII, the Korean War, Cold War, Southeast Asia and many others relating to both air and space. Just a few of the many aircraft on display here include the A-10A which dates back to the Cold War, and a replica of a Curtiss 1911 Model D, one of the earliest aircraft. Some of the museums top attractions are its simulators. These simulators include 9 different aircraft and include space for two, a pilot and a gunner. Do 360 degree barrel rolls and find out what it feels like to pilot an actual aircraft.

The National Air and Space Museum is located in Washington DC and is part of the Smithsonian museum collection. Home to the world’s largest collection of historic aircraft and spacecraft it includes about 50,000 artifacts such as rockets, helmets and even gliders. Open daily, access to this museum is FREE like access to most Smithsonian Museums.

Perhaps the most infamous artifact on display here at this museum is the 1903 Wright Flyer. Unveiled to the public for the first time in 1948, it remains one of the museums most popular attractions. Other unique attractions include a flying boat from 1911 and a Skylab 4 Command Module.

Located in Santa Rosa CA, the Pacific Coast Air Museum is one of the few museums in the U.S. which allow you to actually climb in and sit in the cockpit of an actual vintage aircraft. Further, pilots who helped to restore this aircraft to their former glory are there to tell you more about it one weekend each month. This museum may be small, but it is one you won’t want to miss.

Have you ever flown? What is your favorite air museum?